There Will Be No Martial Law, No Coup d'Etat. Pentagon Slams the Door on Trump's Maniacal Delusions. 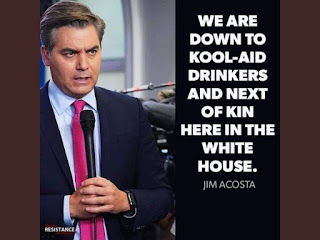 What used to be the Trump administration has been reduced to a coven of lunacy. He has retreated to his bunker, abandoning the issues of the day - the pandemic, cyber-attacks, just about everything - to hunker down with blatantly addled, Rudy Giuliani; off-the-wall lawyer, Sydney Powell; and disgraced felon, former general and conspiracy theorist, Michael Flynn.  Trump is literally surrounding himself with the worst possible people. He's even turned on his secretary of state, Mike Pompeo; his solicitor general, Bill Barr; the leadership of the Department of Homeland Security; and his former secretary of defense, Mark Esper, who rejected the idea of deploying regular forces against American civilians.

With a cyber-security attack underway and less than a month remaining in his presidency, Trump is considering breaking the National Security Agency and the US Cyber Command, positions now held by four-star general, Paul Nakasone, into two separate organizations.  What possible interest could Trump have in derailing America's cyber-security service when the US is under attack?

Then again, what motivates Trump to get a new director of the Department of Justice with less than four weeks to go? He was highly motivated to give Barr, who has said there is no evidence of election fraud and nothing to allegations that Joe Biden's son, Hunter, has broken any laws, the bum's rush out of DOJ.

Meanwhile, Trump has mused about firing his current CIA director, Gina Haspel. She was recently sidelined from presidential intelligence briefings.  Trump has also installed retired general and former campaign adviser, Bert Mizusawa, to a conspicuously inconsequential job in the CIA where he is believed to keep an eye on Haspel.

A New York Times article just last month examined four other curious appointments Trump has made in key positions in the Pentagon and NSA.

The good news is that the US Army this morning responded to the loose talk about martial law in a statement that read, "there is no role for the US military in determining the outcome of an American election."