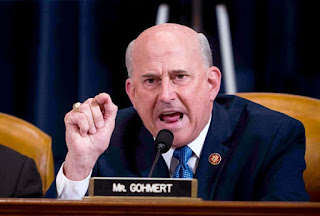 He's been called the "Dumbest Man in Congress" and more than once at that.

Gohmert's lawsuit against Pence asks a Trump-appointed judge to rule that the vice president is authorized to throw out the already-cast electoral college votes and instead appoint his own slate of pro-Trump electors to give the president a second term.