Exceptional America and the Limitations of Joe Biden 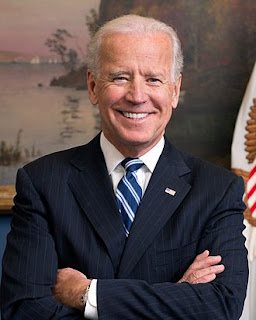 America is exceptional. It has a society like no other. It has an economy that is an exception to the norm and, for its uniqueness, at times plays havoc on all other economies. It has joined an elite club of nations that have, in the postwar era, allowed a lunatic to become head of state. In the process America may have become ungovernable.

Many Americans and many of us in other countries look upon Joe Biden as America's redeemer. The president of the United States is the most powerful leader in our world although that stature is tattered and waning. Biden, we hope, will breathe new life into the presidency but how much?

America's vaunted system of checks and balances has become a double-edged sword. Originally intended to prevent one of the three, co-equal branches of government from going rogue, it did not foresee the possibility of two of the three going rogue. That is a reality today with America's ideologically groomed judiciary and a thoroughly "bought and paid for" Congress.

The Senate was constituted to prevent oppression of the small states by the rich and powerful states. Each state, no matter how small its territory or population or economy, would have two senators, two votes. The America of 1789 when the Constitution came into effect bears little resemblance to America today and now, what was intended to be a shield for smaller and weaker states, has become instead a sword to frustrate democratic rights of the people of states such as California and New York. The imbalance of representation is destabilizing.

How is Joe Biden to redeem America? The United States may be irreparably broken. Congress is broken. Reaching across the aisle is a quaint artifact in a legislature confounded by hyper-partisanship. The aftermath of the election shows that American society resembles something out of Lord of the Flies with a significant minority believing, despite the complete absence of evidence, that the election was stolen, that Trump won. America's ugly scars have re-opened: racism, white supremacy, misogyny, xenophobia, and all manner of intolerance and bigotry. QAnon. Unsubstantiated belief has usurped fact and knowledge. No conspiracy theory is too ludicrous not to attract a following. How in hell can Joe Biden fix that?

I wouldn't be so pessimistic if it wasn't for the abrupt confluence of stressors arriving at this critical moment for American society and whatever remains of the country's democracy. The pandemic has been an eye-opener. Most of America has been dealt a Covid body-blow. Nobody is unaffected. The virus has reshaped the nation, the American people and their economy. The weakest and poorest are the most vulnerable. A National Geographic article reports that 50-million Americans, one out of seven, will experience hunger this year.  Meanwhile Robert Reich, in his tireless Facebook posts, reminds us that, as ordinary Americans face unemployment, poverty, hunger and eviction, unfathomable wealth has poured into the pockets of America's oligarchs.