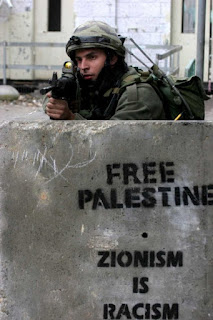 Benjamin Netanyahu's premiership has gone the way of the Norwegian Blue parrot.  He's out on the street where Israeli prosecutors can finally hold him to account on corruption charges.

Palestinians won't be taking to the streets in celebration. The captive people will remain subjugated just as they have been for the past half-century.  The apartheid state rolls on.

Israel’s longest-serving leader, Benjamin Netanyahu, has been ousted from office by a loose coalition of rivals from across the political spectrum, united by their wish to end his 12-year run in power.

The opposition leader, Yair Lapid, a centrist former TV news anchor, won a confidence vote in the Knesset, Israel’s parliament, by a razor-thin advantage of 60-59 seats on Sunday evening.

Lapid will not initially become prime minister. Instead, under a power-sharing agreement, his former foe and far-right advocate for the settler movement in the Palestinian territories, Naftali Bennett, was sworn in as the country’s leader.

Bennett, who has ruled out a Palestinian state and wants Israel to maintain ultimate control over all the lands it occupies, will be prime minister for the first two years of a four-year term before handing over to Lapid.